These two Founding Fathers could hardly be more unlike.

Today’s decision usurps the constitutional right of the people to decide whether to keep or alter the traditional understanding of marriage. The decision will also have other important consequences. It will be used to vilify Americans who are unwilling to assent to the new orthodoxy. In the course of its opinion, the majority compares traditional marriage laws to laws that denied equal treatment for African-Americans and women. E.g., ante, at 11–13. The implications of this analogy will be exploited by those who are determined to stamp out every vestige of dissent.

Perhaps recognizing how its reasoning may be used, the majority attempts, toward the end of its opinion, to reas­sure those who oppose same-sex marriage that their rights of conscience will be protected. Ante, at 26–27. We will soon see whether this proves to be true. I assume that those who cling to old beliefs will be able to whisper their thoughts in the recesses of their homes, but if they repeat those views in public, they will risk being labeled as bigots and treated as such by governments, employers, and schools.

The system of federalism established by our Constitu­tion provides a way for people with different beliefs to live together in a single nation. If the issue of same-sex mar­riage had been left to the people of the States, it is likely that some States would recognize same-sex marriage and others would not. It is also possible that some States would tie recognition to protection for conscience rights. The majority today makes that impossible. By imposing its own views on the entire country, the majority facili­tates the marginalization of the many Americans who have traditional ideas. Recalling the harsh treatment of gays and lesbians in the past, some may think that turn- about is fair play. But if that sentiment prevails, the Nation will experience bitter and lasting wounds.

“Whatever the character of the ministry of Jesus or the “Jesus movement” before his death, it is the experience of the transformed Jesus as Lord that begins the “Christian movement.” The resurrection is the necessary and sufficient cause of the religious movement, as well as the literature that it generated and that reveals everywhere the perception of Jesus given by the experience of his transforming power and the conviction that he “sits on the right hand of God” as Lord.

If this understanding is of the resurrection is fair to the evidence in the New Testament, and I submit that it is, then in what sense can it be called “historical?” If the resurrection were simply the matter of the empty tomb, then it would be “historical” in a straightforward way, though perhaps difficult to negotiate. If the resurrection were a matter of  visions and locutions of a dead person experienced by some followers, then it would be “historical” not as part of the history of Jesus, but as part of the story of his followers, although once again hard for the historian to verify.

The Real Jesus :The Misguided Quest For The Historical Jesus And The Truth Of The Traditional Gospels  by Luke Timothy Johnson, 1996 HarperCollins

The Secular Religions of Progress – The New Atlantis.

“We can say a lot about Emperor Haile Selassie I…Good for
some and bad for others..and for some, he is the Messiah
and Almighty God..for me he is a good father, the pride of
all black people, pioneer of Ethiopia’s modernization a
great leader, who strengthened our unity more than ever. Is this how a father’s story is supposed to end?”

Film Chronicle of the life and times of

His Imperial Majesty Haile Selassie  I,
Conquering Lion of the Tribe of Judah, King of Kings of
Ethiopia and Elect of God 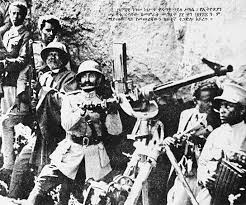 It was reported that the death of Haille Selassie came from complications of prostate operation.
His personal physician,  Dr. Asrat Woldeyes, said this operation never happened.

After the coup Ethiopia came under a communist regime led
by Colonel Mengistu Haile Marium.

From 1975-1978, Mengistu was responsible for the 7th worst
Genocide in World history.

About 1.5 million Ehiopians were victims of the Derg
Genocide…the Ethiopian people have still not recovered
from this trauma and destruction.

Ephesians 1:9–10 This happened because he made known to us the once hidden, but now revealed, secret of his will, for so it was his good pleasure to do. The secret was a purpose which he formed in his own mind before time began, so that the periods of time should be controlled and administered until they reached their full development, a development in which all things, in heaven and upon earth, are gathered into one in Jesus Christ. 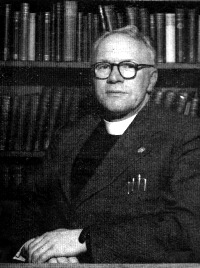 IT is now that Paul is really getting to grips with his subject. He says, as the Authorized Version has it, that God has made known to us ‘the mystery of his will’. The New Testament uses the word mystery in a special sense. It is not something mysterious in the sense that it is hard to understand. It is something which has long been kept secret and has now been revealed, but is still incomprehensible to the person who has not been initiated into its meaning.

Let us take an example. Suppose someone who knew nothing whatever about Christianity was brought into a communion service. To that person, it would be a complete mystery; he or she would not understand in the least what was going on. But to anyone who knows the story and the meaning of the Last Supper, the whole service has a meaning which is quite clear. So, in the New Testament sense, a mystery is something which is hidden to non-Christians but clear to Christians.

What, for Paul, was the mystery of the will of God? It was that the gospel was open to the Gentiles too. In Jesus, God has revealed that his love and care, his grace and mercy, are meant not only for the Jews but for the whole world.

Now Paul, in one sentence, introduces his great thought. Up until now, people had been living in a divided world. There was division between the animals and human beings. There was division between Jews and Gentiles, Greeks and barbarians. All over the world, there was strife and tension. Jesus came into the world to wipe out the divisions. That, for Paul, was the secret of God. It was God’s purpose that all the many different strands and all the warring elements in this world should be gathered into one in Jesus Christ.

Here, we have another tremendous thought. Paul says that all history has been a working out of this process. He says that all through the ages there has been an arranging and an administering of things so that this day of unity should come. The word which Paul uses for this preparation is intensely interesting. It is oikonomia, which literally means household management. The oikonomos was the steward who saw to it that the family affairs ran smoothly.

It is the Christian conviction that history is the working out of the will of God. That is by no means what every historian or thinker has been able to see. In one of his epigrams, the Irish playwright and poet Oscar Wilde said: ‘You give the criminal calendar of Europe to your children under the name of history.’ The historian and poet Sir George Clark, in his inaugural lecture at Oxford, said: ‘There is no secret and no plan in history to be discovered. I do not believe that any future consummation could make sense of all the irrationalities of preceding ages. If it could not explain them, still less could it justify them.’ In the introduction to A History of Europe, H. A. L. Fisher writes: ‘One intellectual excitement, however, has been denied to me. Men wiser and more learned than I have discovered in history a plot, a rhythm, a predetermined pattern. These harmonies are concealed from me. I can see only one emergency following another, as wave follows upon wave, only one great fact with respect to which, since it is unique, there can be no generalizations, only one safe rule for the historian: that he should recognize in the development of human destinies the play of the contingent and the unforeseen.’ The French novelist and biographer André Maurois says: ‘The universe is indifferent. Who created it? Why are we here on this puny mud-heap spinning in infinite space? I have not the slightest idea, and I am quite convinced that no one has the least idea.’

It so happens that we are living in an age in which many people have lost their faith in any purpose for this world. But it is the faith of Christians that in this world God’s purpose is being worked out; and Paul’s conviction is that it is God’s purpose that one day all things and all people should be one family in Christ. As Paul sees it, that mystery was not even grasped until Jesus came, and now it is the great task of the Church to work out God’s purpose of unity, revealed in Jesus Christ.