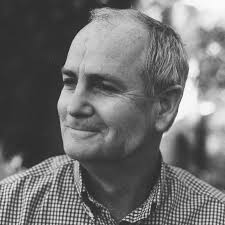 It is sometimes said that Israel has two kinds of prophets, charismatic early prophets, like Elijah and Elisha, followed by the later literary prophets like Amos, Isaiah, Jeremiah and Ezekiel and that it is these later prophets that developed the tradition of social justice. This is a mistaken opposition of ideas. All the prophets called Israel back to the covenant, even if they operated in different ways and some wrote while others did not. The context may have evolved from generation to generation but the fundamentals were the same. Israel was Yahweh’s covenant people. This covenant was established as a result of the in-breaking rule of God through the exodus and conquest and resulted in a defined relationship of laws and statutes. The relationship was vertical and horizontal: with Yahweh in sacrifice and temple worship; and between the families and tribes in community. The prophets never divided their message between “spiritual” things like false worship versus true worship and “social” things like the lot of the poor and abusive wealth. If Israel was in a bad state it was always because these things worked together. The king who led Israel to worship foreign gods was the same king who abused his powers.

from Derek Morphew, The Kingdom Healing: the dualism of personal and social ethics