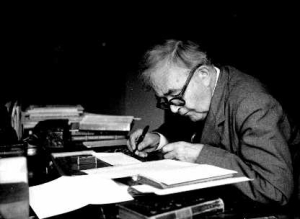 “What man can know by his own power according to the measure of his natural powers, his understanding, his feeling, will be at most something like a supreme being, an absolute nature, the idea of an utterly free power, of a being towering over everything. This absolute and supreme being and absolute nature, the ultimate and most profound, this ‘thing in itself,’ has nothing to do with God. It is part of the intuitions and marginal possibilities of man’s thinking, man’s contrivance. Man is able to think this being; but he has not thereby thought God. God is thought and known when in His own freedom God makes Himself apprehensible.” Karl Barth Dogmatics in Outline