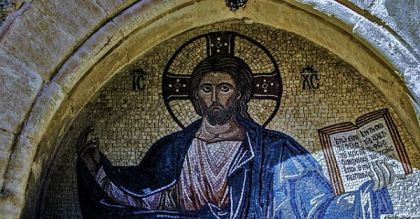 Eschatology refers to the study of end-times. Victorious eschatological is a believes that the kingdom of God will grow and advance until it fills the earth. The Church will rise in unity, maturity, and glory before the return of Jesus. 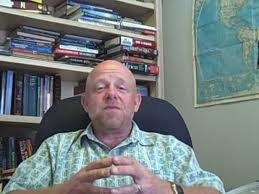 “Because the heart determines the life of a person, it is more important for a person to develop their heart than it is for them to develop their intellect. This truth is foreign to the Western mind, but central to ancient Hebrew thought.”

Oldest portrait of the Apostle John

from Victorious Eschatology by Eberle and Trench posit a Partial Preterist view.

When Did John Write Revelation?
The historicist view sees that the first set of judgments described in the book of Revelation are those which came upon the Jews and Jerusalem in A.D. 70. We will look at those judgments shortly, but first we should address the problem concerning when the book of Revelation was written. You see, many Christian teachers say that the book was written around A.D. 96. If indeed it was not written until the end of the first century how can we say that the book of Revelation speaks prophetically of the coming destruction of Jerusalem? This question is worth answering now before we begin examining the actual text. The primary reason some Bible teachers claim that the book of Revelation was written around A.D. 96 is because John noted in chapter 1, verse 9, that he was on the island of Patmos at the time he received the Revelation. There is some historical evidence that John was exiled to Patmos under the reign of Domitian between A.D. 81 and 96. Therefore, the book must have been written during that time—or so some Bible teachers claim. In reality, there are also historical documents that tell us that John was exiled to Patmos at a much earlier date. For example, we have the witness of one of the most ancient versions of the New Testament called The Syriac. The second-century Syriac Version, called the Peshito, says the following on the title page of the book of Revelation: The Revelation which was made by God to John the Evangelist in the island Patmos, into which he was thrown by Nero Caesar. We know that Nero Caesar ruled over the Roman Em­pire from A.D. 54 to A.D. 68. Therefore, John had to have been on the island of Patmos during this earlier period.[22] Tertullian similarly places John on the island of Patmos during the reign of Nero, saying that John was boiled in oil in Rome and then sent away. Tertullian Rome . . . where Peter had a like Passion with the Lord; where Paul bath for his crown the same death with John; where the Apostle John was plunged into boiling oil, and suffered nothing, and was af­terwards banished to an island.         ( http://preteristarchive.com/StudyArchive/t/tertullian.html) We also have the writings of Epiphanius (c. 315-403), which state that John was first imprisoned under Claudius, who reigned from A.D. 41 to 54.[23] It must have been during one of these earlier periods when John received the Revelation. Confirmation can be seen by noting that in chapter 11, John was instructed to measure the Temple in Jerusalem. We know that it was the actual physical Temple because at the end of the chapter we are told about a heavenly Temple that replaces the earthly Temple. The earthly Temple was destroyed in A.D. 70, and since John had to measure it, we know that the book must have been written before that destruction took place. We will be explaining later how a portion of John’s writings are visions of the destruction of Jerusalem and the Temple. To be consistent with this and with the historical evidence, the book must have been written before A.D. 70. Another reason to believe that the book of Revelation was written at the earlier date is because Jerome (c. 340-420) noted in his writings that John was seen in A.D. 96, and he was so old and infirm that “he was with difficulty carried to the church, and could speak only a few words to the people.”[24] We must put this fact together with what Revelation 10:11 says: that John must “prophesy again concerning many peoples and nations and tongues and kings.” It is difficult to imagine that John would be able to speak to many nations and many kings at any date after A.D. 96, since he was already elderly and feeble. A final reason that the Revelation must have been written during his earlier period on Patmos is because the actual text seems to be written to serve as an encouragement to the early Christians who were experiencing persecution. In fact, John refers to himself as a “fellow partaker in the tribulation” (Rev. 1:9).