“You cannot have an entire discipline, especially the discipline that determines what the text of the Bible is, to all be men.”

Source: The Bible may have a naming discrepancy, and a Duke researcher plans to correct it – The Chronicle 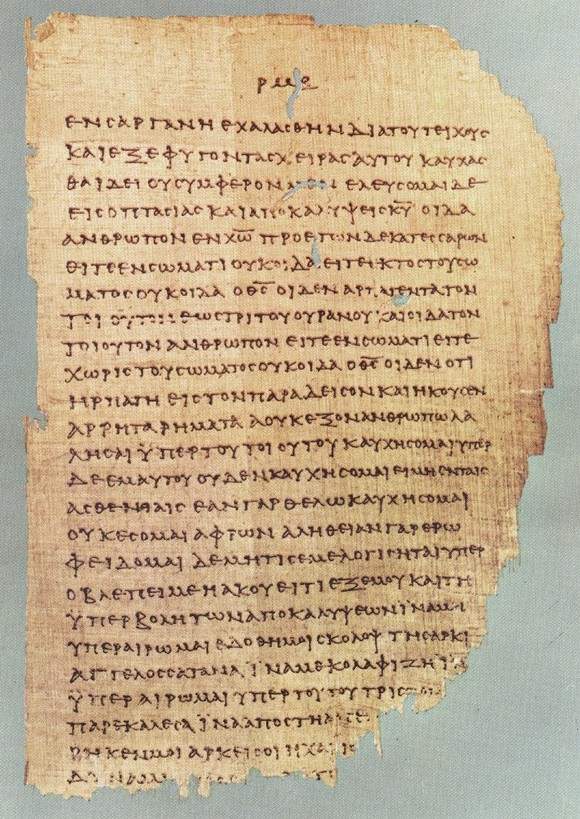 Source: Acts of the Apostles – Wikipedia

Gospel of the Other Chance and Threat of the Last Chance (Luke 13:6-9)
Jesus spoke this parable, “A man had a fig-tree planted in his vineyard. He came looking for fruit on it and did not find it. He said to the keeper of the vineyard, ‘Look you—for the last three years I have been coming and looking for fruit on this fig-tree, and I still am not finding any. Cut it down! Why should it use up the ground’ ‘Lord,’ he answered him, ‘let it be this year too, until I dig round about it and manure it, and if it bears fruit in the coming year, well and good; but if not, you will cut it down.'”**
Here is a parable at one and the same time lit by grace and close packed with warnings.
(i) The fig-tree occupied a specially favoured position. It was not unusual to see fig-trees, thorn-trees and apple-trees in vineyards. The soil was so shallow and poor that trees were grown wherever there was soil to grow them; but the fig-tree had a more than average chance; and it had not proved worthy of it. Repeatedly, directly and by implication, Jesus reminded men that they would be judged according to the opportunities they had. C. E. M. Joad once said, “We have the powers of gods and we use them like irresponsible schoolboys.” Never was a generation entrusted with so much as ours and, therefore, never was a generation so answerable to God.
(ii) The parable teaches that uselessness invites disaster. It has been claimed that the whole process of evolution in this world is to produce useful things, and that what is useful will go on from strength to strength, while what is useless will be eliminated. The most searching question we can be asked is, “Of what use were you in this world?”
(iii) Further, the parable teaches that nothing which only takes out can survive. The fig-tree was drawing strength and sustenance from the soil; and in return was producing nothing. That was precisely its sin. In the last analysis, there are two kinds of people in this world—those who take out more than they put in, and those who put in more than they take out.
In one sense we are all in debt to life. We came into it at the peril of someone else’s life; and we would never have survived without the care of those who loved us. We have inherited a Christian civilization and a freedom which we did not create. There is laid on us the duty of handing things on better than we found them.
“Die when I may,” said Abraham Lincoln, “I want it said of me that I plucked a weed and planted a flower wherever I thought a flower would grow.” Once a student was being shown bacteria under the microscope. He could actually see one generation of these microscopic living things being born and dying and another being born to take its place. He saw, as he had never seen before, how one generation succeeds another. “After what I have seen,” he said, “I pledge myself never to be a weak link.”
If we take that pledge we will fulfil the obligation of putting into life at least as much as we take out.
(iv) The parable tells us of the gospel of the second chance. A fig-tree normally takes three years to reach maturity. If it is not fruiting by that time it is not likely to fruit at all. But this fig-tree was given another chance.
It is always Jesus’ way to give a man chance after chance. Peter and Mark and Paul would all gladly have witnessed to that. God is infinitely kind to the man who falls and rises again.
(v) But the parable also makes it quite clear that there is a final chance. If we refuse chance after chance, if God’s appeal and challenge come again and again in vain, the day finally comes, not when God has shut us out, but when we by deliberate choice have shut ourselves out. God save us from that!
Gospel of Luke, Barclay’s Daily Study Bible (NT).