Mark Burns, a MAGA pastor and GOP candidate for Congress, spoke at a ReAwaken America rally Friday, which was being held at right-wing pastor John Hagee’s Cornerstone Church in San Antonio, Texas, where he riled …

Each day more signs point to a tremendous shift in American conservatism away from the prior consensus and toward the new nationalism of Donald Trump. This is evident not only in the recent National Conservatism Conference held in July in Washington, D.C., but also in the manifesto signed by a number of Christians who appear eager to embrace nationalism as compatible with Christian faith. Without impugning specific individuals, as fellow Christian intellectuals, theologians, pastors, and educators, we respond to this rapprochement with sadness, but also with a clear and firm No. We are Orthodox, Catholic, and Protestant; Republicans, Democrats, and independents. Despite our denominational and political differences, we are united by the conviction that there are certain political solidarities that are anathema to our shared Christian faith.

In the 1930s many serious Christian thinkers in Germany believed they could manage an alliance with emergent illiberal nationalism. Prominent theologians like Paul Althaus and Friedrich Gogarten believed that the National Socialist movement offered a new opportunity to strengthen social order and cohesion around Christian identity. But some Christians immediately resisted, most visibly in the Barmen Declaration of 1934, which rejected the compromises of “German” Christianity and its heinous distortions of the Gospel.

Our situation in 2019 is surely different, but American Christians now face a moment whose deadly violence has brought such analogies to mind. Again we watch as demagogues demonize vulnerable minorities as infesting vermin or invading forces who weaken the nation and must be removed. Again we watch as fellow Christians weigh whether to fuse their faith with nationalist and ethno-nationalist politics in order to strengthen their cultural footing. Again ethnic majorities confuse their political bloc with Christianity itself. In this chaotic time Christian leaders of all stripes must help the church discern the boundaries of legitimate political alliances. This is especially true in the face of a rising racism in America, where non-whites are the targets of abominable acts of violence like the mass shooting in El Paso.

To be clear, nationalism is not the same as patriotism. Nationalism forges political belonging out of religious, ethnic, and racial identities, loyalties intended to precede and supersede law. Patriotism, by contrast, is love of the laws and loyalty to them over leader or party. Such nationalism is not only politically dangerous but reflects profound theological errors that threaten the integrity of Christian faith. It damages the love of neighbor and betrays Christ.

1. We reject the pretensions of nationalism to usurp our highest loyalties. National identity has no bearing on the debts of love we owe other sons and daughters of God. Created in the image and likeness of God, all human beings are our neighbors regardless of citizenship status.

2. We reject nationalism’s tendency to homogenize and narrow the church to a single ethnos. The church cannot be itself unless filled with disciples “from all nations” (panta ta ethné, Matthew 28:19). Cities, states, and nations have borders; the church never does. If the church is not ethnically plural, it is not the church, which requires a diversity of tongues out of obedience to the Lord.

3. We reject the xenophobia and racism of many forms of ethno-nationalism, explicit and implicit, as grave sins against God the Creator. Violence done against the bodies of marginalized people is violence done against the body of Christ. Indifference to the suffering of orphans, refugees, and prisoners is indifference to Jesus Christ and his cross. White supremacist ideology is the work of the anti-Christ.

5. We reject the nationalist’s inclination to despair when unable to monopolize power and dominate opponents. When Christians change from majority to minority status in a given country, they should not contort their witness in order to stay in power. The church remains the church even as a political minority, even when unable to influence the government or when facing persecution.

In charity and in hope, we urge our fellow Christians to repudiate the temptations and the falsehoods of nationalism. The politics of xenophobia, even when dressed up in high-minded social critique, can only be pursued in contradiction of the Gospel. A true culture of life welcomes the stranger, embraces the orphan, and binds the wounds of all who are our neighbors—all who lie lifeless on the road, as the pious walk silently past.

The following Christian leaders have signed this letter:

David Gushee
Distinguished University Professor of Christian Ethics and Director of the Center for Theology and Public Life, Mercer University 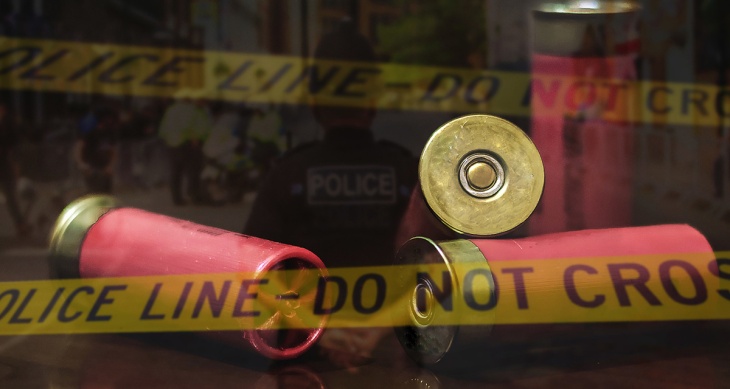 This week our country is jolted with another wave of domestic terror attacks on our country, in El Paso and in Dayton. 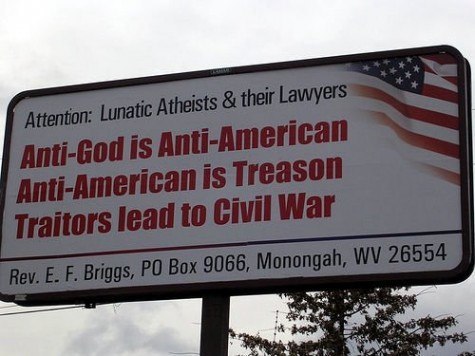 Source: Exactly what kind of “Christian nation” do these people want?

The seed of Nazism’s ultimate objective—the preservation of a pure white race, uncontaminated by foreign blood—was in fact sown with striking success in the United States. What is judged extremist today was once the consensus of a powerful cadre of the American elite, well-connected men who eagerly seized on a false doctrine of “race suicide” during the immigration scare of the early 20th century. They included wealthy patricians, intellectuals, lawmakers, even several presidents.  Perhaps the most important among them was a blue blood with a very impressive mustache, Madison Grant. He was the author of a 1916 book called The Passing of the Great Race, which spread the doctrine of race purity all over the globe.

A long-overdue excavation of the book that Hitler called his “bible,” and the man who wrote it