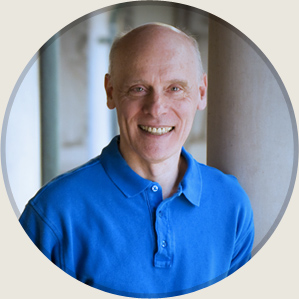 The Big Bang and The Existence of God.

Stuff exists; therefore, there had to be a stuff creator. There comes a time when people should quit arguing and just laugh at stupid ideas— and this includes the atheists’ most cherished belief. I don’t want to be rude; I want to make the obvious obvious. The acceptance of God’s existence is not a blind leap. Just the opposite is true— to not believe in a stuff creator is to be blind to the obvious. It is absurd not to believe in a stuff creator. Of course, we have lost the Western atheists in this discussion because the Scientific Revolution (and the Enlightenment that followed) set up in their minds a dichotomy of faith versus reason. Their definitions of faith and reason exclude God from the realm of reason. In reality, those categories are pure assumptions— false assumptions. Indeed, we cannot prove the existence of God to the atheist who refuses to let go of those assumed categories. In like fashion, we cannot prove the existence of bacteria to a person who refuses to look through a microscope and see the bacteria for himself. If, however, a person is willing to look through a microscope, then we can prove to him the existence of bacteria. Similarly, if an atheist is willing to look at the world, outside of his present dichotomous framework, then we can prove the existence of God. Here it is: stuff exists, so a stuff creator exists (or at least existed in the past). Atheistic readers may object and quickly argue that this is no argument for the existence of the Christian God. Indeed, I have not yet stated anything about this creator’s nature, and to argue against the Christian God at this point is to change the subject. It is to dodge the bullet, to hide behind a smoke screen. So long as we define God as the stuff creator, it is absurd not to accept God’s existence.