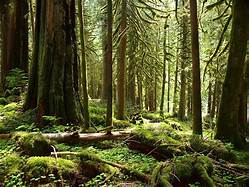 I was born on July 17, 1955. At the time, the carbon dioxide levels on this planet were 310 to 320 parts per million. Now, we’re over 400 parts per million, higher than at any point in at least the past eight hundred thousand years.

1-That’s over a 20 percent increase in my lifetime. Such geo-atmospheric cycles usually take thousands or even millions of years to occur, and we’re seeing it within my sixty-plus years of life. In terms of geologic cycles, this is sudden; nearly instantaneous. Scientists are sounding the alarms while denialists have their heads in the sand. This is an all-hands-on-deck moment. The science has clearly established that mycelium networks act as the most significant biological storage sink for carbon— far more than what is stored in above-ground flora and trees.

2-But we need both, and old-growth forests are the best above ground storage of carbon anywhere in the world. It used to be that the metric we used to measure the value of an old-growth forest was the economic value of the lumber. But that metric is quickly being offset with the advances in science. We’re going down a slippery slope. As we deforest the planet and cut down old-growth forests, we accelerate carbon loss, temperature rise, and ecosphere devastation. Biodiversity plummets. Humans experience poverty, disease, and unsustainability. This has all been well demonstrated.

3-Intact forest ecosystems, by comparison, provide more ecological services than just board feet of lumber. They clean the water, provide shade, and give communities plants, insects, and animals. Protecting our forests is essential not only for our survival now, but also for the survival of generations to come.