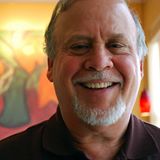 “If you are not aware of Hillary’s stealing the nomination in primary after primary, you need to quickly disconnect from the corporate owned and controlled mainstream media, whose universal silence about the matter proves its complicity, and go online. The election fraud went far beyond what was mentioned in the DNC emails. It involved the purging of Sanders supporters from voter lists; the switching of party registrations to prevent their voting; the hacking of electronic voting machines; the elimination of voting stations within proximity of college campuses; and so much more. And it continues today, with an industry-wide blackout on any mention of election fraud, or fraud accusations against Hillary, of which there are many, or election fraud lawsuits (three currently moving through the courts) charging Hillary’s campaign and the DNC with massive election fraud.

Nor has there been any mainstream media discussion about the deviation of exit poll results in many of the Democratic primaries. In third world countries whose elections are U.N. monitored, a 2% deviation in the exit polls is a clear indication of election fraud. The exit poll deviation in states whose voting machines are considered most hackable ran from 6% to 23%.”

Source: Should Hillary’s Theft of the Nomination Disqualify Her From Getting Your Vote? – A Stones Throw – Damn Good Blog