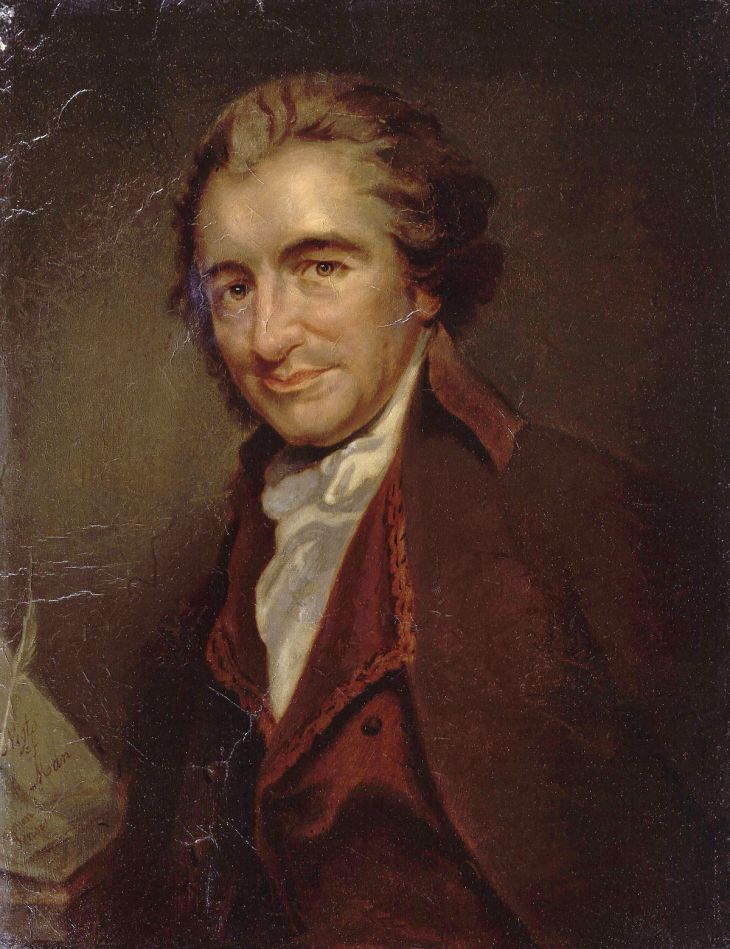 Agrarian Justice was written in the winter of 1795–96 but remained unpublished for a year, Paine being undecided whether or not it would be best to wait until the end of the ongoing war with France before publishing. However, having read a sermon by Richard Watson, the Bishop of Llandaff, which discussed the “Wisdom… of God, in having made both Rich and Poor,” he felt the need to publish under the argument that “rich” and “poor” were arbitrary divisions, not divinely created ones.

Paine based Agrarian Justice on the contention that in the state of nature, “the earth, in its natural uncultivated state… was the common property of the human race.” The concept of private ownership arose as a necessary result of the development of agriculture since it was impossible to distinguish the possession of improvements to the land from the possession of the land itself. Thus, Paine viewed private property as necessary while at the same time asserting that the basic needs of all humanity must be provided for by those with property, who have originally taken it from the general public. In some sense, that is their “payment” to non-property holders for the right to hold private property.