But the way of death is this… 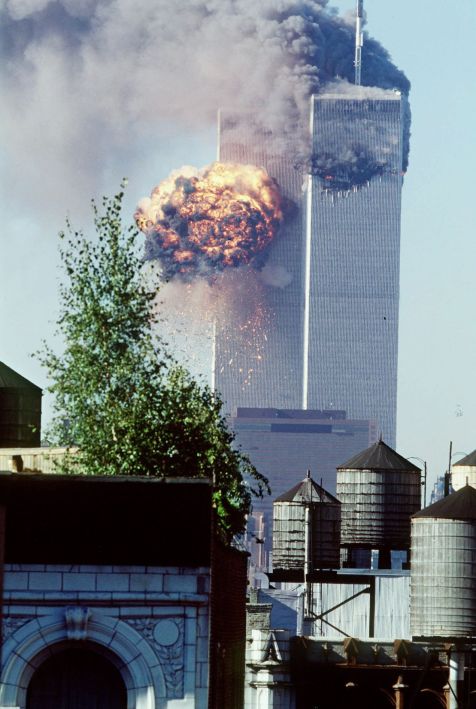 A fireball erupts from one of the World Trade Center towers as it is struck by the second of two airplanes in New York, Tuesday, Sept. 11, 2001. In a horrific sequence of destruction, terrorists hijacked two airliners and crashed them into the World Trade Center in a coordinated series of attacks that brought down the twin 110-story towers. (AP Photo/Todd Hollis) TODD HOLLIS

V.2. Persecutors of the good, hating truth, loving a lie, not knowing the reward of righteousness, not cleaving to that which is good nor to righteous judgment, watchful not for that which is good but for that which is evil; far from whom is meekness and endurance, loving vanity, seeking after reward, not pitying the poor, not toiling with him who is vexed with toil, not knowing Him that made them, murderers of children, destroyers of the handiwork of God, turning away from the needy, vexing the afflicted, advocates of the rich, lawless judges of the poor, wholly sinful.

May ye, children, be delivered from all these.

The Didache (The Teaching of the 12 Apostles)

The Didache (pronounced /ˈdɪdəkiː/; Koine Greek: Διδαχή, Didachē “Teaching”; Modern Greek [ðiðaˈxi]) is the common name of an early Christian writing (dated by some scholars to the late first/early second century although John Robinson  argues that it is first generation, dating it c. 40-60 AD). The Didache is an anonymous work that was virtually lost until  a Greek manuscript of the Didache was rediscovered in 1873 by Philotheos Bryennios, Metropolitan of Nicomedia in the Codex Hierosolymitanus.