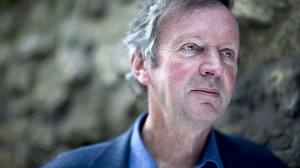 The philosopher David Hume (1711– 76) is perhaps best known today for his skepticism about religion. Yet he was equally skeptical about the mechanistic philosophy of nature. There was nothing in the universe to prove that it was more like a machine than an organism; the organization we see in nature was more analogous to plants and animals than to machines. Hume was against the idea of a machine-designing God, and suggested instead that the world could have originated from something like a seed or an egg. In Hume’s words, published posthumously in 1779, “There are other parts of the universe (besides the machines of human invention) which bear still a greater resemblance to the fabric of the world, and which, therefore, afford a better conjecture concerning the universal origin of the system. These parts are animals and plants. The world plainly resembles more an animal or a vegetable, than it does a watch or a knitting-loom … And does not a plant or an animal, which springs from vegetation or generation, bear a stronger resemblance to the world, than does any artificial machine, which arises from reason and design?” 58 Hume’s argument was surprisingly prescient in the light of modern cosmology. Until the 1960s, most scientists still thought of the universe as a machine, and moreover as a machine that was running out of steam, heading for its final heat death. According to the second law of thermodynamics, promulgated in 1855, the universe would gradually lose the capacity to do work. It would eventually freeze in “a state of universal rest and death,” as William Thomson, later Lord Kelvin, put it. 59 It was not until 1927 that Georges Lemaître, a cosmologist and Roman Catholic priest, advanced a scientific hypothesis like Hume’s idea of the origin of the universe in an egg or seed. Lemaître suggested that the universe began with a “creation-like event,” which he described as “the cosmic egg exploding at the moment of creation.” 60 Later called the Big Bang, this new cosmology echoed many archaic stories of origins, like the Orphic creation myth of the Cosmic Egg in ancient Greece, or the Indian myth of Hiranyagarbha, the primal Golden Egg. 61 Significantly, in all these myths the egg is both a primal unity and a primal polarity, since an egg is a unity composed of two parts, the yolk and the white, an apt symbol of the emergence of “many” from “one.” Lemaître’s theory predicted the expansion of the universe, and was supported by the discovery that galaxies outside our own are moving away from us with a speed proportional to their distance. In 1964, the discovery of a faint background glow everywhere in the universe, the cosmic microwave background radiation, revealed what seemed to be fossil light left over from the early universe, soon after the Big Bang. The evidence for an initial “creation-like event” became overwhelming, and by 1966 the Big Bang theory became orthodox. Cosmology now tells a story of a universe that began extremely small, less than the size of a pinhead, and very hot. It has been expanding ever since. As it grows, it cools down, and as it cools, new forms and structures appear within it: atomic nuclei and electrons, stars, galaxies, planets, molecules, crystals and biological life. The machine metaphor has long outlived its usefulness, and holds back scientific thinking in physics, biology and medicine. Our growing, evolving universe is much more like an organism, and so is the earth, and so are oak trees, and so are dogs, and so are you.