Excerpt from an interview with Ken Kesey by Paul Krasner. 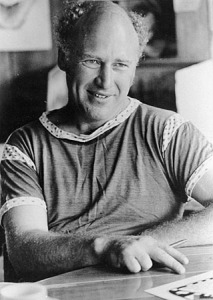 Krassner: And yet, since you’re against abortion, doesn’t that put you in the   position of saying that a girl or a woman must bear an unwanted child as punishment for ignorance or carelessness?

Kesey: In as I feel abortions to be probably the worst worm in the revolutionary philosophy, a worm bound in time to suck the righteousness and the life from the work we are engaged in. I want to take this slowly and carefully.  This is the story of Freddy Schrimpler:

As part of his training, a psychiatric aide must spend at least two weeks working the geriatric wards. or ..shit pits.. as they were called by the other aides. These wards are concrete barns built, not for attempted cures or even for…